Nearly four months after the nation went into lockdown and OneGTM made a hasty evacuation from our Hammersmith office, it seems a good time to take stock and reflect on the lessons learned. In this blog our MD, Phil Brown, shares his thoughts on how the last few months have been for OneGTM.

"May you live in interesting times" is supposedly an old Chinese curse. Well we've certainly all been living in interesting times over the last few months, but has it proved to be a curse to a business like OneGTM? Nearly four months since we went into lockdown and with hopefully the worst behind us in the UK (keeping everything crossed and taking nothing for granted) it seems a good time to take stock and reflect on what we’ve learned.

Firstly it’s important to acknowledge that our experiences are inconsequential compared to what many people have been through. Nevertheless, in common with most businesses we had to respond to a whole bunch of challenges which we'd never prepared for or even contemplated. But despite a few unsettling weeks in March and early-April when budgets were being frozen and projects put on hold, it feels like we've emerged from this period in a good place, and in some ways stronger than we went into it.

After that sticky initial few weeks, activity has picked up rapidly. It's been very satisfying to see many of our customers not just surviving but thriving during these difficult times. We realise we're fortunate to work in the tech sector, which hasn't been hit as hard as many, but nevertheless it's required innovation and creativity from both us and our clients to overcome the new challenges that have been thrown up.

As some routes, such as trade shows, seminars and f2f sales meetings have been closed off, others have come to the fore. We've seen record-breaking responses to some of the initiatives we've worked on recently, such as virtual product launches and webinar programmes, perhaps reflecting the fact that there's an audience with more time on their hands to consume digital content and eager for new ways to stay informed.

We expect the increased share of budget devoted to digital and content will continue even after physical events are back on the agenda. Of course, that means the bar for good content is being raised all the time, forcing us to keep upping our game.

Internally, it feels like we’ve managed to avoid making a drama out of a crisis, to quote an old ad slogan. First and foremost, that's testament to the attitude of our amazing team, who've adapted to a new way of working with minimal fuss, going out of their way to support each other, while ensuring there's been minimal impact to our clients.

Fortunately, all of our comms and IT systems were already cloud-based so the rapid adjustment to a new way of working was a lot less painful than it might have been.  The investment in Sharepoint, Office365, Teams and cloud telephony over the last couple of years has proven time and money well spent.

In common with other businesses, as well as making sure everyone was set up to work productively and safely at home, we’ve tried to do what we can to minimise the risks of isolation and compensate for the loss of social contact that’s such an important part of office life. And although nothing can properly substitute for a good team night out, it feels like all the daily huddle calls, Friday socials, virtual escape rooms, games, quizzes, cooking challenges, team yoga sessions and book clubs have actually brought us closer together as a single team than when we had a mix of office and home-workers.

The negative effects on individuals seem to have been less than feared. We ran a survey a couple of months into lockdown, which revealed that on balance people felt working remotely had had a positive impact on both their productivity and job satisfaction. Many of the changes we’ve made over the last few months will doubtless be continued even when a return to the office is feasible.

We’ve also had the novel experience of onboarding a new team member, Dipinder, during lockdown, which was surprisingly painless. (Well she’s still here and already making a great contribution so we think it went well). We’ve also recently run our first fully online recruitment processes and have two new team members starting soon so our remote onboarding will again be put to the test.

To close, here are a few random things we learned from the last few months: 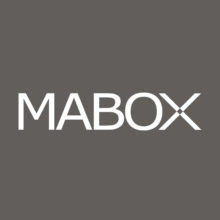 We’re pleased to announce that OneGTM has merged with B2B marketing specialists, Mabox. The combined company will now be going to market with a unified offering under the OneGTM brand. 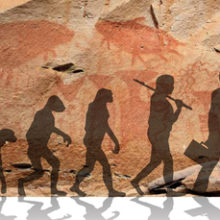 Phil Brown, one of our Directors, was recently interviewed by CRN to discuss our new channel marketing guide called “Winning Business Through the Channel”. Our new guide explores the way buying [...] 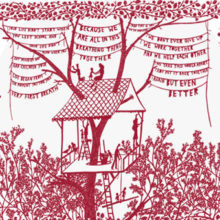 The Art of Mister Rob

The name on everybody’s lips at the moment is Rob Ryan. From today’s issue of Stylist I read on the tube en-route to the office this morning, to a recent Creative Review blog – Rob Ryan is a current [...]

Get insights in your inbox

Sign up to stay in touch with our latest thinking.