AboveNet needed to expand into new sectors outside of the financial services. Their requirement was to generate high quality leads for the sales teams to follow up and convert to sales. We used a high quality traditional business card holder with a number of business cards holding relevant messaging.

A high quality lead generation campaign - 'Business is better when you are connected – You already are’. 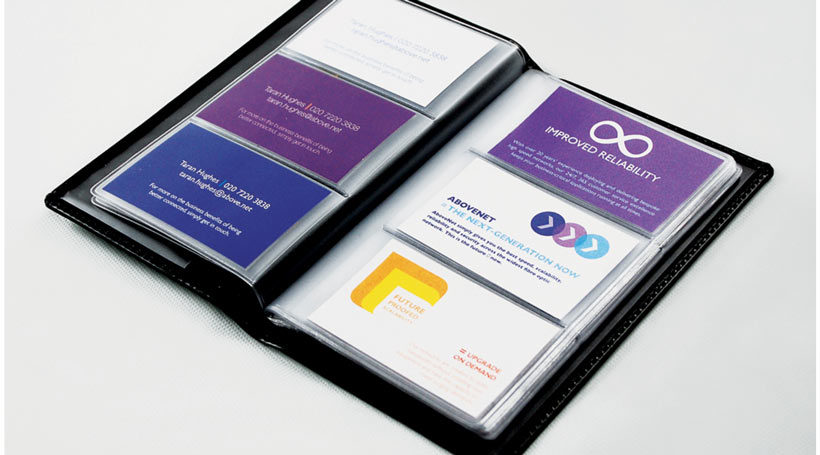 Typically AboveNet’s network build has been driven by client demand; however they have recently found that they have reached saturation in their core market of financial services and need to expand into new sectors. Their requirement was to generate high quality leads for the sales teams to follow up and convert to sales. There was an additional consideration that network build was going to be limited by the 2012 London Olympics so we needed to build a strong pipeline of buildings for them to target during the lead up to the Games.

We recognised that to cut through, we had to make virtue of the fact that their targets were already connected to the most advanced fibre network on the earth. To this end we sifted through 100,000 businesses to find 1000 relevant prospects. Our positioning line was ‘Business is better when you are connected – You already are’. To bring this to life we used a high quality traditional business card holder with a number of business cards holding relevant messaging. We nurtured the lead through a series of targeted low cost direct mails which were themed around making sure businesses were ready for the Olympics. These were then followed up through focused sales calls and targeted emails.

The results behind the campaign were impressive. For the door opener, we received an inbound response rate of 17%, unheard of at AboveNet. The campaign resulted in five large sales generating £270,000 of business, ROI of 1161%, and a further pipeline of £6,750,000.

“We were very impressed in what OneGTM did for us in the roll out of our connected campaign. Their thoroughness and planning ensured we only targeted customers who were real prospects.”